Support the artists by buying their official records and attending their shows. 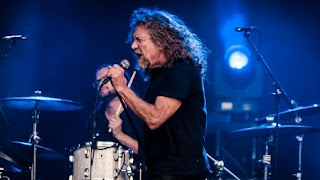 NOTE: At 66, Robert Plant’s mic stand choreography is better than yours. Seeing him perform, and I mean perform, “The Wanton Song” out of the gate in 2015 is a treat not afforded every greatest-singer-alive-or-dead and him slamming the stand down like a gauntlet with a shriek at the end put a boldface punctuation mark on it. What you wouldn’t guess is that the rockabilly Afrobeat (yes, sticking with that description) of his solo “Turn It Up” was just as strong following it. Then Tennessee was treated to “Black Dog” as a half-time hip-hop beat; the crowd went with it, even sang the “Dreams of you all in my head” part.
From: www.spin.com/2015/06/bonnaroo-2015-the-17-best-things-we-saw
Exclusive concert from Heavy Soundboard Bootlegs Blog!

ONLY FOR SHARE, NOT FOR SALE !
Support the artist by buying their records and attending their shows.

Search in this blog

This blog is a great collection of high quality bootlegs, live & rare performances. I decided to put this blog to share all of the bootlegs I've collected over the years. The concerts are mainly high quality Soundboard/FM Broadcast shows, but some are recorded by audience (always with a good quality).

Please do not sell anything posted here. Support the artists by purchasing official releases, merchandise, and attending their shows.

None of the links are hosted on this site. If you are part of a band or represent them and want links taken down just let me know.

If anyone wishes to contribute to this blog, please do by sending me a download/page link, bootleg info ect & I will credit/link you.